Spiritual Regressions
into Past Lives and
the Between Lives (LBL)

Presently in German Language only

How to Escape the Trap of Fate

If you would like to find out more about Spiritual Regression and how to escape the trap of fate:
Books and CDs

The renowned hypnotherapist shows how we can discover our life mission through past life exploration.
© Watkins Books, London, England 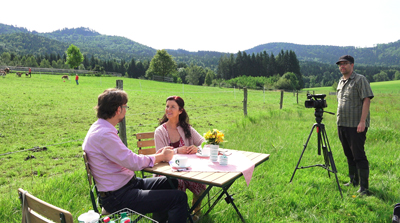 FROM KARMA TO LOVE

REUNION IN THE BEYOND 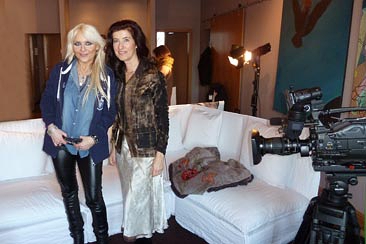 Where do we come from?

Where are we going?

What is the deeper sense of our life?

PAST LIFE and BETWEEN LIVES SPIRITUAL REGRESSION

Investigate the deeper meaning of your life, and of your existence as an immortal, eternal soul! Reincarnation is an ancient idea, and many people and cultures have been fascinated with the belief that we have lived before. Ursula Demarmels will guide you into your own memories, using gentle and effective trance techniques, so that you too can explore this spiritual journey.

During Between Lives Spiritual Regression, you may also get acquainted with your own soul, your spirit guide, and your soul mates. Experience yourself as eternal soul of light, and learn about the deeper meaning of your current life.

Do we live once only? Is it all over after death? Every fourth German believes in reincarnation - that he has already lived before, in any other body, at a different place. The belief in reincarnation is as old as mankind. But can one recall his past lives? The Swiss reincarnation expert Ursula Demarmels is spiritual regression therapist trained by Dr. Michael Newton and others, and successful book author. From her own experience during over 35 years of regression practice and some of the methods described by Dr. Michael Newton and by Dr. Joel Whitton, Ursula Demarmels developed a system which makes it possible to look into former lives and after death into the interlife, our eternal existence as free and happy divine souls in the beyond.

It is a wonderful and strengthening experience to meet our own soul in the spirit world, and also those of people and animals who are or were important to us on Earth. By reliving our own past life experiences of death and life after death, we make the comforting experience of our eternal existence as a divine soul. Fear and despair of death become redundant. We meat our soul guide (guardian angel; divine spiritual guide), our soul group, our soul partners, and our associate souls. We recognize the deeper meaning of life, the purpose and the divine plan for our life. Experience and reflection of our past lives during spiritual regression can help to discover the special skills and talents in this life, and to better understand and dissolve fears, blockages, karma, and karmic relationships.

BOOK CHAPTER The White Goose. Case study, Chapter 9 in: Dr. Michael Newton (ed.) and Members of the Newton Institute, Memories of the Afterlife: Life Between Lives Stories of Personal Transformation (Llewellyn / U.S.A.; in English language). Also as E-Book and as Audio Book. Other language editions include German, Russian, Danish, Croatian, and Spanish.

With great devotion, I dedicate my life towards the application of spiritual insights for humanitarian concerns, with the goal of a harmonious coexistence of humans, animals and nature.